The UK generated a total of £22.6 billion in 2015/16 by its international students, while EU students contributed to 22%. 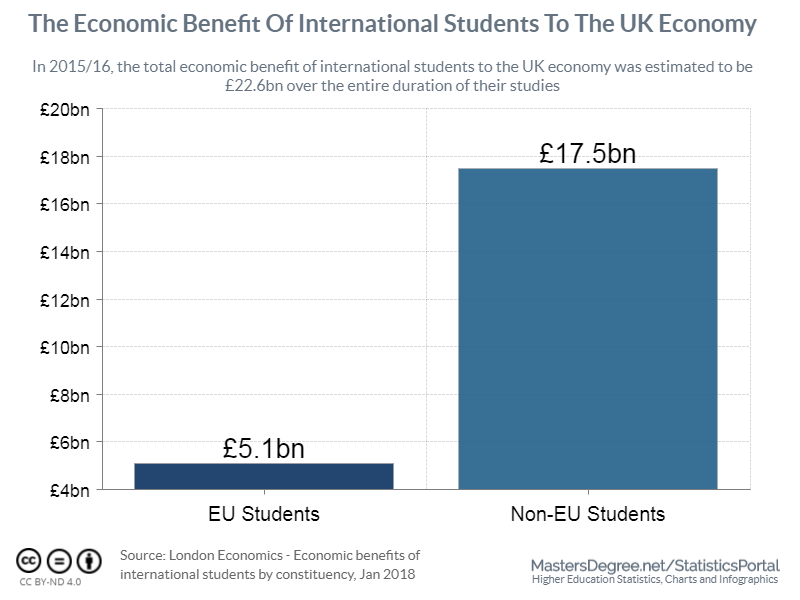 Researchers took evidence of tuition fees and other incomes like relatives visits.

EU students accounted for £5.1 billion or 22.5 percent of the total income.

According to these data, 231,065 first-year international students came in 2015/16 in the UK and EU students shared 26 percent of them.

Because non-EU students had to undertake different tuition fees they amount for most of the money. Annually, the UK earned £87,000 by an EU student, while £102,000 by a non-EU-student.

International students, particularly EU students are a resource of economic profit for British higher education. This research goes in favor of the opposition and educational involved parties in the UK that lately raised the concern of a crackdown in the UK international education.

EU exit and migration crisis have indicated a shift in students’ perception of UK universities leading them to think of better options like Canada and Australia.

Many surveys and research have already witnessed a negative change in student applications at UK universities, especially those coming from EU. Prime Minister Theresa May is facing pressure to remove foreign students from immigration figures as a symbolic act, something that they believe would make these students feel safe and welcomed.