The number of new international enrollments in US universities during 2016/17 has experienced a decline by 3.3 percent, IIE data revealed.

While the overall number of foreign students in the US is still rising, being above a million for the second year in a row, the annual new enrollment growth is declining after years of continual growth.

This accurately proves experts’ expectations after Trump presidency and his immigration restrictions and many cases of anti-immigrant violence. 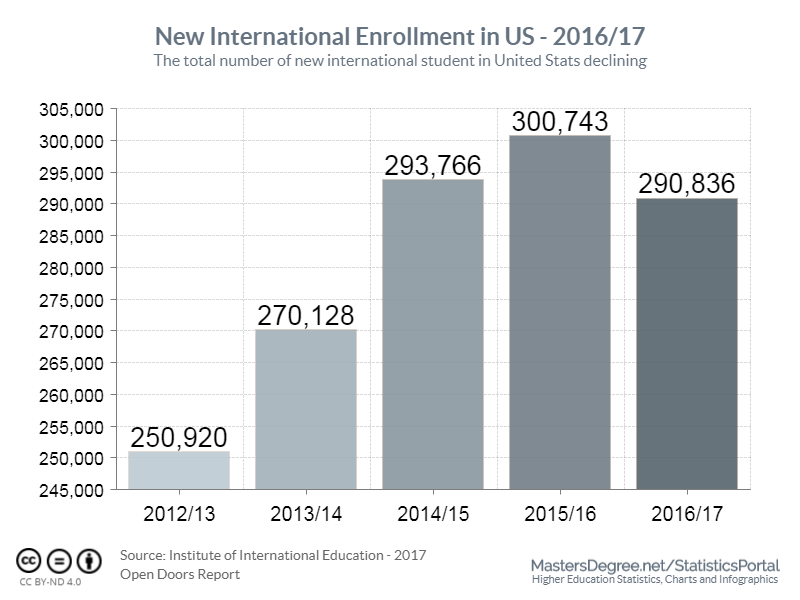