The percentage of Master’s degree educated people in the US has experienced a continual growth during the past years, reaching 785,595 Master graduates in 2015/16. If we compare it to the 2011/12 graduates we notice an increase of 4%.

Business, Education and Health professions shared the highest portion of these graduates in 2015/16. Out of the total number of Master’s graduates, 186,834 of them were in Business programs, 145,781 were in Education and some 110,348 were in Health Professions. 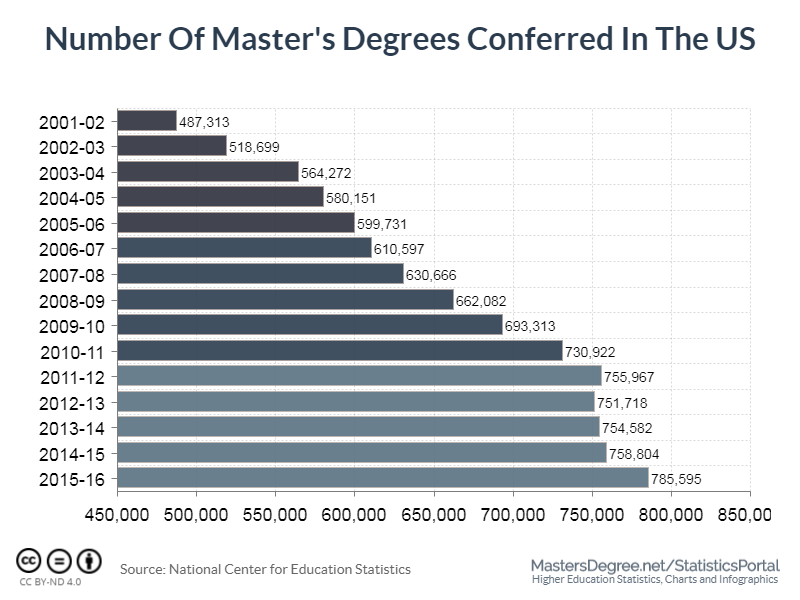