At first sight, it may look like an extraordinary number, but in comparison with the past years, we notice a considerable drop. Starting back in 2010, when 21,019,438 people were enrolled in a college, this number declined continually on a year-to-year basis.

The NCES predicts that the growth will continue and will reach 22,631,000 enrollments in 2026, the final year at which their predictions extend.

On the other side, when looking at the number of new college enrollments, we notice an unsteady trend with ups and downs during past years.

In the 2015/16 academic year, 3,137,000 students received a high school diploma and a huge part of them headed toward college. Exactly 69.8 % of these graduates enrolled in a college in the same year.

Finally, in 2014 the new college enrollments growth seemed to have established itself and since then has increased at a fair amount. 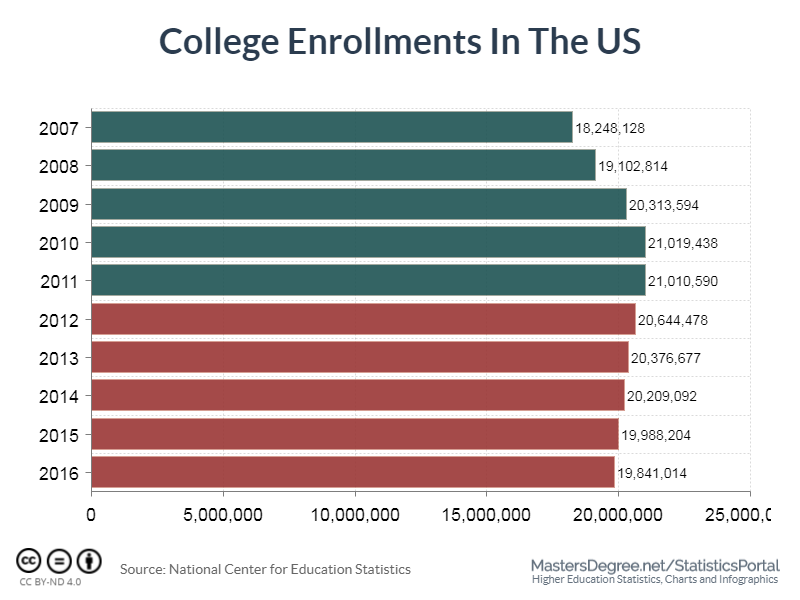