In the 2016/17 academic year, 65,793 students were studying in Poland, according to MastersDegree.net Statistics Portal.

At a time when the international student’s fluctuation is unsteady and some of the top destination countries are suffering significant drops, Poland is becoming an attractive destination. Its acceptable tuition fees, reasonable living costs along with high-quality education are just some of the reasons why students are heading toward Poland universities.

Education experts think that Poland’s high attractiveness is related to the post-Brexit situation in international education. As of 2016/2017, the UK’s universities have witnessed significant drops in international student applications, because of political changes there. Now a huge portion of those students is looking at other options, with Poland being one of them. 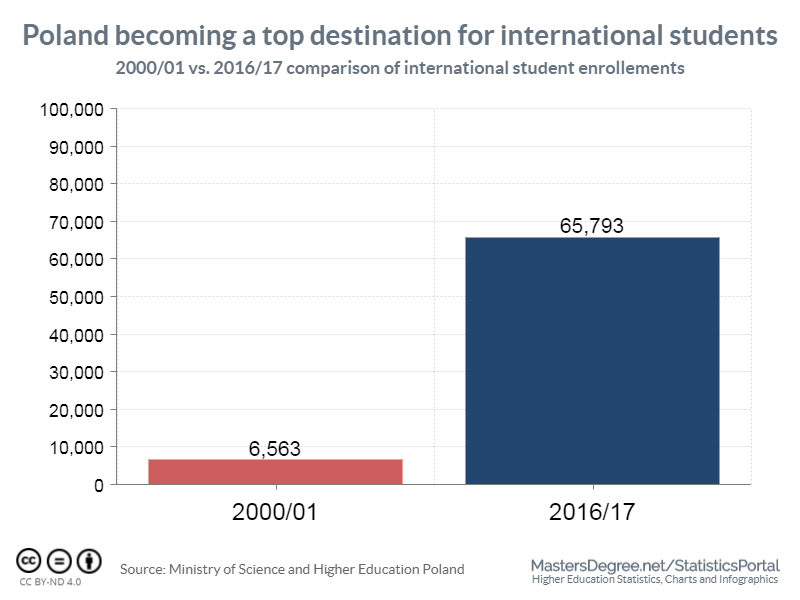