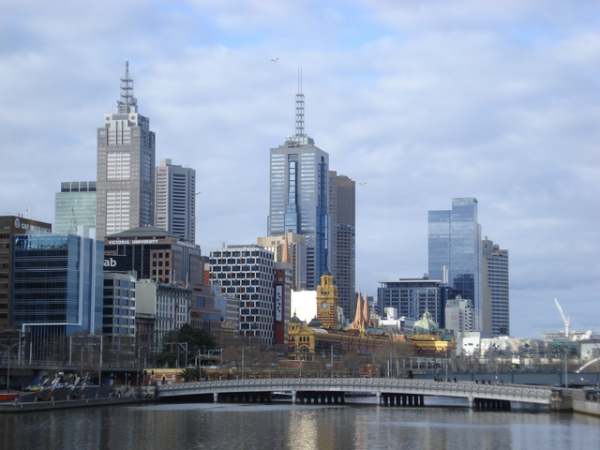 In the middle of the last century, when a gallon of gas cost eighteen cents and the words “fossil fuel” and “global warming” were not focal points of dinner conversation, cities began to spread out and the suburbs were born. Over the course of the next five decades, the once thriving American metropolises became shells of their former selves as middle-class residents moved out into the surrounding suburban areas and the modern commuter was born. In the late 1990s and early 2000s the trend continued with the development of the “exurbs,” when people seeking affordable housing moved even further away from cities and the typical commute lengthened even further.

Today, with the world’s supply of oil dwindling and property in many areas becoming prohibitively expensive, it has become clear that building communities on this model is not sustainable. The great mismatch between where people lived and worked produced enormous economic and environmental costs that also degraded public health through harmful emissions and contributed to today’s energy independence crisis. In reaction to this unsupportable system, many American cities have undergone a renaissance, with people moving back into urban areas, taking public transportation instead of driving, and supporting local businesses. The stewards of the revitalized city’s future, then, might well be the civil and environmental engineers, architects, and urban planners charged with designing our cities under a new model of responsibility—to ourselves, those around us, and the environment.

The word “sustainability” is a buzzword these days, but what does it mean in terms of urban design? The federally created Partnership for Sustainable Communities, a joint effort of the Department of Housing and Urban Development, the Environmental Protection Agency, and the Department of Transportation coined six “livability principles,” which provide a practical template for creating a sustainable community. These are providing more transportation choices; promoting equitable, affordable housing; enhancing economic competitiveness; supporting existing communities; coordinating policies and leveraging investment; and valuing communities and neighborhoods. Those responsible for designing cities, then, have a particular challenge. It’s not just about building the tallest skyscrapers. It’s also about making sure that future generations have an opportunity to enjoy them.

The broadest of these careers is urban planning. Most urban planners are involved in land use planning in some form—for instance, encouraging or discouraging population growth in environmentally sensitive areas—but there are many other specialties within the urban planning field, including environmental, transportation, and community development planning. All urban planners, whether they are working in the public or private sector, are concerned with helping communities improve their quality of life, while also preserving the natural environment of the surrounding area and paving the way for responsible future development.

One very good example of applied urban planning is Portland, Oregon, where city planners used the city’s natural environment (notably the Willamette River) to build public spaces that would be easy for residents to take advantage of.  According to W. Paul Farmer, chief executive officer of the American Planning Association and American Institute of Certified Planners, “They recognized in Portland probably about 40 years ago that they were not really taking advantage of the assets that they had. So they did a lot of work to start reclaiming rivers and to have parkland along rivers. They were one of the first cities of that size to really focus on the issue of walkability—not just driving from your bed to your desk.” There was also an early emphasis placed on public transportation. Portland, as a result, has in place a safe and efficient system of buses, trolleys, trams, and trains connecting its neighborhoods to downtown, which has the double benefit of reducing the number of cars on the road and increasing pedestrian traffic.

Increasingly, design is about more than structure and aesthetics. The latest buildings, bridges, and green spaces also strive for sustainability, which generally means they have responsibly chosen building sites, high efficiency water and energy systems, and they use renewable, environmentally responsible design and construction materials. The gold standard for sustainability is LEED (Leadership in Energy and Environmental Design) certification from the U.S. Green Building Council (USGBC), a non-profit agency with more than 16,000 member companies and organizations around the world. According to their website, greater building efficiency can meet 85% of future U.S. demand for energy, which makes it a critical component in the future of both our environment and our economy.

The scope of sustainable projects for architects and designers is extremely wide, ranging from multi-million dollar buildings such as the new, 55-story Bank of America tower in New York City—which generates 65% of its energy needs on site—to small, community-minded projects designed to reduce costs and increase efficiency at the neighborhood level. In one such project the South Carolina chapter of the USGBC teamed up with several local organizations to help increase energy efficiency in the homes of veterans, thereby reducing their impact on the planet and their utility bills. Another well-known project is replacing low-income homes destroyed by Hurricane Katrina in New Orleans with homes that feature solar panels, cisterns to catch rain water, and renewable building materials. Small- and large-scale sustainable projects have one thing in common: they improve the quality of life for nearby residents and they have the least possible impact on the surrounding environment.

One important job of future engineers will be finding innovative ways to deal with garbage. A recent research project undertaken by civil and environmental engineering students at California Polytechnic Institute tested the impact of moisture on the process of compacting waste. With the help of GPS technology and a 100-ton vat of garbage, and some mold, these students were able to find a way to compact the waste more efficiently.

Jobs related to sustainability, including those described above, have a unique advantage over some other career choices because they are not just about the bottom line. While they can be of enormous economic benefit, they also have the potential of making a positive mark on the world, influencing lives for the better, and creating a better future for the universe —not bad for a day’s work.

Author: Meika Jensen is a researcher and writer for the Master Degree team. She is an advocate for sustainable futures and whole-heartedly believes that the public sector carries an inexorable responsibility especially when it comes to architecture and planning. It is her goal to educate and present to others the potential long-term social impact of today’s engineering decisions.

A list of the best master’s degrees to get for the future: www.mastersdegree.net/best-masters-degrees-future/