Young men aged 25 to 34 who earned a college degree in the UK, earn 47 percent more than their peers who don’t have one, higher than OECD average (41%).

Young people who attain a college degree in the UK will not be disappointed as their higher education institutions carry a high reputation in the academic world and into the labor market as well.

The UK is known as a country where income differences between younger and older people are smaller.

To be more specific and get a better understanding on how much graduates in the UK earn compared to those who have a lower qualification, let’s look at the HESA statistics.

The median salary for a UK-domiciled graduate student is £21,500, while young people who don’t have a qualification above secondary school earn a median salary of £14,500. A UK graduated person earns 48 percent more than one who hasn’t attained a tertiary education. 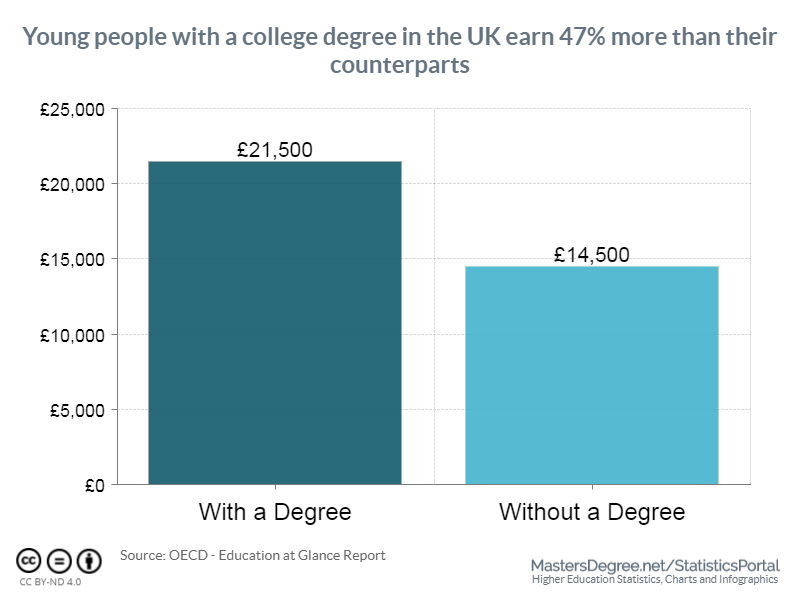