The rate of students who haven’t repaid their student loans in US public colleges remained steady between 2013 and 2014. In 2014, 11.3% or 303,389 students in public colleges out of 2,678,811 who entered the repayment phase in the given fiscal year didn’t pay their debt within next two years. 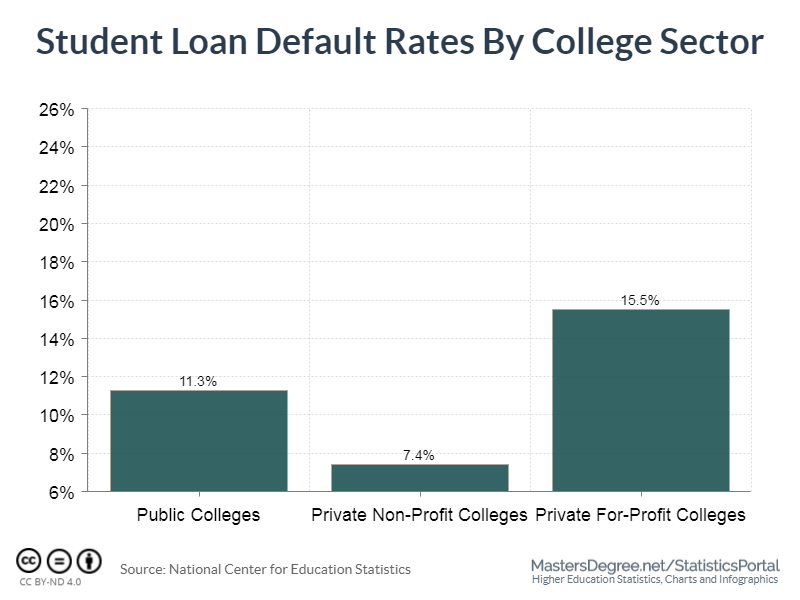 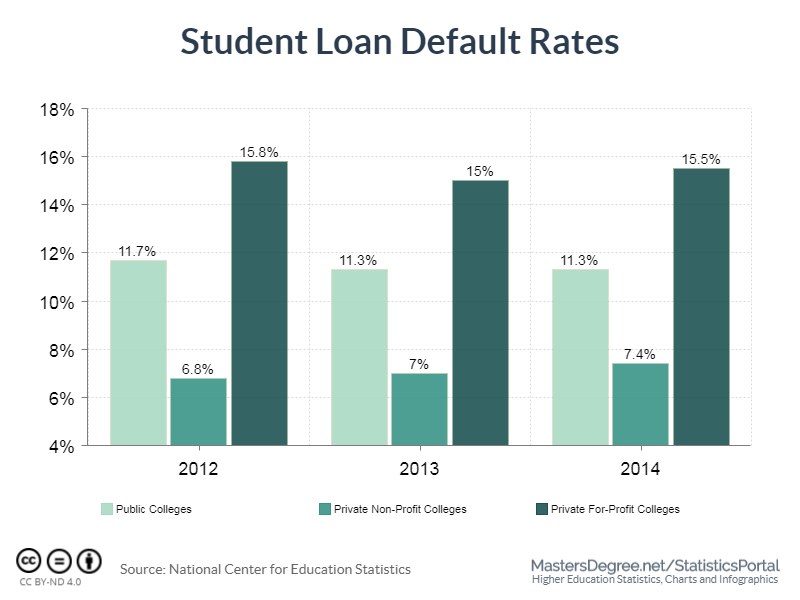 On the other hand the number of students who failed to give back the money by the end of the second year following the fiscal year they entered the repayment phase decreased. In 2010, 600,545 or 14.7% of students couldn’t pay the money they had borrowed, while in 2014, 580,671 or 11.5% of students failed to do so. These figures were different at each of the college sector. In 2010, 13% or 250,661 public college students couldn’t pay their debt within the next two years following their entrance in the payment phase. Four years later the student default rate decreased at 11.3%. In For-profit colleges this percentage remains higher though it descended from 21.8% in 2010 down at 15.5% in 2014. During the same period Non-profit colleges recorded the lowest student loan default, from 8.2% in 2010 to 7.4% in 2014.

The student loan default rate is one of the metrics to measure if a higher education provider is eligible to receive federal aid funds. If one of these institution doesn’t meet certain loan student defaults limits regulated by the law the US Department of Education is in charge to take disciplinary actions against these universities and colleges.